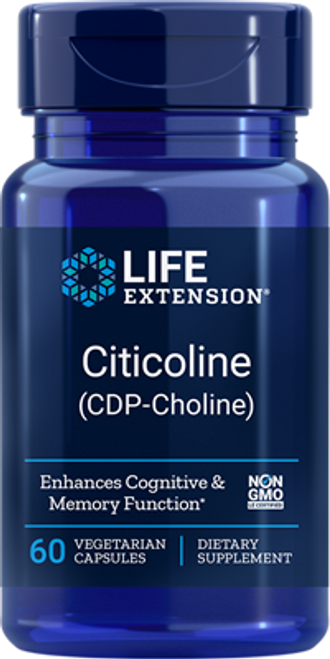 Choline is a substance needed by the brain to produce acetylcholine, a major brain/motor neuron neurotransmitter that facilitates the transmission of impulses between neurons. While choline is produced in the liver, we make less as we age and must get it from diet or supplements.

CDP-choline stands for cytidine-5’-diphosphate choline. This form of choline readily passes through the blood-brain barrier (BBB) directly into the brain tissue. CDP-choline encourages the synthesis of neurotransmitters in the brain, which is believed to explain many of its beneficial effects.

The Science of CDP-Choline

CDP-choline is also a neuroprotectant and a promoter of neuroplasticity, with a track record through numerous clinical trials of supporting healthy cognition, memory and overall function. In addition to its clinically studied brain power benefits in older adults, CDP-choline has been shown to promote attention and support overall well-being in healthy younger individuals as well.